Music Children Foundation was founded by a group of music professionals graduated from The Hong Kong Academy for Performing Arts, Hong Kong Baptist University and various overseas music institutions. Hence, MCF has strong connection with professionals in these music academies.

Jacky is one of the most recent young classical and jazz saxophonists in Hong Kong. He started to play the Euphonium and Tuba when he was nine, and was so inspired that he expanded his musical repertoire, and took up the Saxophone, Trombone and other woodwind, brass instruments, he finished Diploma program in the Hong Kong Academy for Performing Arts under the Parsons Music Foundation scholarship. Recently, he won the concerto prize in APA again and will be performed with the Hong Kong Academy for Performing Arts Orchestra.

Primarily trained as a violinist, Adrian Leung has received an associate diploma in Recital in Violin from Trinity College and a bachelor degree in Business Administration in Banking and Finance from the Open University of Hong Kong and.

Leung has been under the tutelage of some famous violinists and violists including Dr Gilbert Sak and Mr Wong Wai Ming. Before Leung started teaching both the violin and viola in Music Children Foundation, Leung had been teaching in Kowloon Tong School (Primary Section) for over six years. Leung is currently an active member of Shatin Philharmonic Orchestra in Hong Kong. 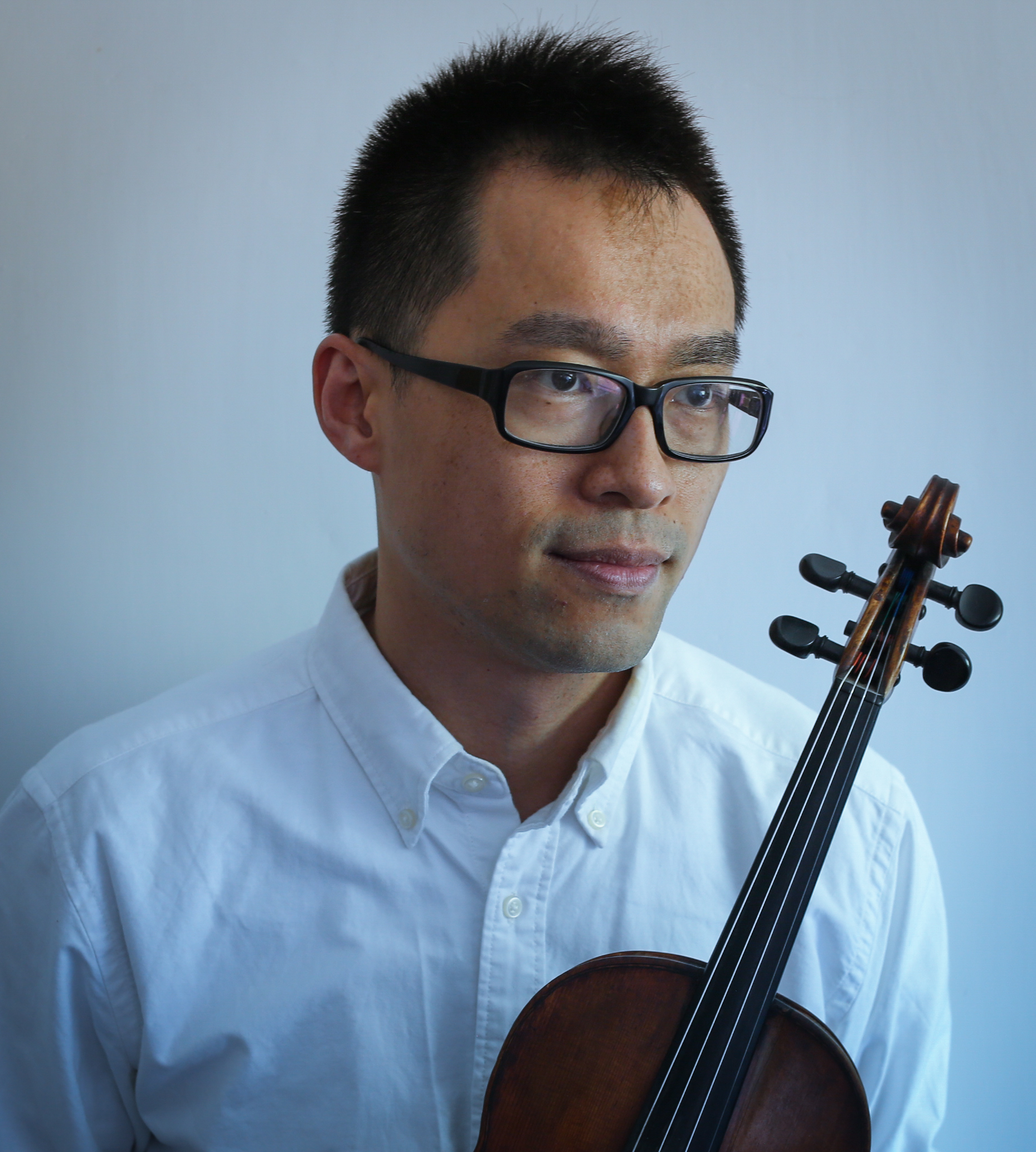 Born in Hong Kong, Chris Choi Shu-lun began studying violin at the age of six and viola at 17 under the tutelage of Wang Jiayang and Ivan Chan at the Hong Kong Academy for Performing Arts, where he completed his Master of Music Degree with full scholarships.

First Prize winner of the Alice and Eleonore Schoenfeld 1st International String Competition (Chamber Music Division). Chris has performed extensively across Asia and Europe in venues such as the Royal Academy of Music, the West Dean College, the Wells Cathedral, the Central Conservatory of Music,the Shantou University, the Harvard Club of Hong Kong and the Hong Kong City Hall; and in music festivals such as the Pacific Music Festival (Japan), the Chilingirian's Chamber Music Festival (U.K.), Musicus Fest (Hong Kong) and Hong Kong International Chamber Music Festival. He also participated in the New York String Orchestra Seminar at the Carnegie Hall in New York, as well as toured with the Asian Youth Orchestra as Assistant Principal Viola. Other performances includedWalton's Viola Concerto and Forsyth's Viola Concertowith the Academy Symphony Orchestra, as well as solo performances at the ABRSM Prize Ceremony Presentation 2014-2016. 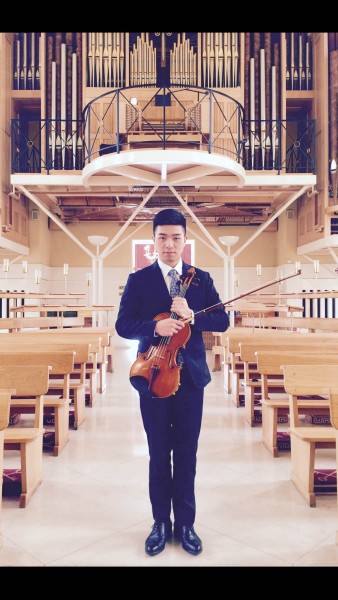 Tong Wai Ho started to learn the cello at the Music Office at age of seven. In 2002, Tong entered the Hong Kong Academy for Performing Arts to study the Diploma in Music Programme. His first teacher at  the Academy was Monica Su. Tong also obtained the Dip ABRSM of the Associated Board of Royal School of Music in 2003. Tong later studied with Prof. Ray Wang for his Bachelor Degree in Music in the Academy and he finished the programme in 2007. From 2005 to 2007, Tong was awarded Jackie Chan Charitable Foundation scholarships thrice and the Esson Mobil Scholarship. Tong is also an active orchestral player in Hong Kong. He took part in performance of Hong Kong Youth Symphony Orchestra, Shatin Philharmonic Orchestra, Hong Kong New Philharmonic Orchestra, Hong Kong Chamber Orchestra and Hong Kong Academy Symphony Orchestra. Tong was also the cello principal of the Pro Arte Orchestra of Hong Kong from 2007-2009 and is currently the cello tutti of the City Chamber orchestra of Hong Kong.  Tong has been performed in many concerts and play with IL DIVO, ASKA, Louie Castro, Liu Jia Chang, Paula Tsui, Leo Ku, Ivana Wong, Kit Chan, Michael Lai etc. Michael started to learn cello at the age of 12.  Wong started to take music as his elective subject since he was in high school. Wong entered the Hong Kong Academy for Performing Arts to study the Diploma in Music Programme in 2015. 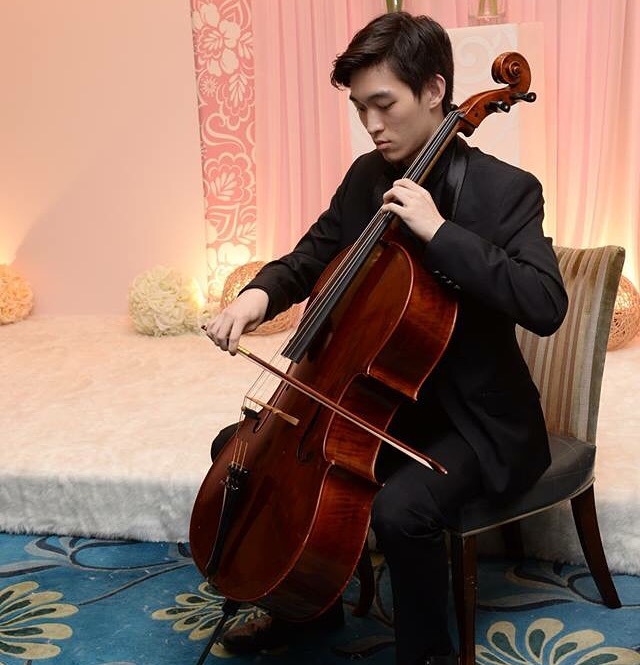 Ma first started her flute lesson with Dr. Lam Wing Cheong. She later got into the Hong Kong Academy for Performing Arts, where she studied flute performance with Timothy Wilson, and piano performance with Nancy Loo and Choi Sown Le. Graduated with the Advanced Diploma and Professional Diploma in flute performance in 1995, Ma was then granted the scholarship from the Hong Kong Jockey Club Music and Dance Fund and pursued further study at the Royal Northern College of Music in Manchester under Peter Lloyd, Wissam Bonstany and Karen Jones. Besides, Ma studied piccolo with Patricia Morris.

Ma has been giving performance extensively with diverse repertoires. In 1993, still a student at the Academy, she was invited to perform in the program “Young Musicians’ Platform” produced by RTHK Radio 4. Right after she returned from her UK study, Ma appeared in the “Hong Kong Concert Hall” event in 1997. She later joined the Hong Kong Sinfonietta as flutist and was on world tours to perform with the orchestra in France, Italy, Warsaw, Lithuania, Monaco, Taiwan, Japan, China and Bangkok. Ma also played in Broadway Asia Company’s musical theatre productions such as Cinderella and The Sound of Music. She was the guest soloist of the HKUST Wind Ensemble and Hong Kong Young Musicians' Wind Orchestra. Recently, Ma has performed as a freelance flutist with the Macao Orchestra.

As an active performer of contemporary music, Ma has been invited to play in Hong Kong Arts Festival, Musicarama and Hong Kong Composers’ Guild Composition Workshop. In 2004, Ma participated in the 36th International Encuentros Festival held at the Golden Hall of Teatro Colon and Centro Cultural Borges in Buenos Aires, Argentina.

Ma is currently the instrumental instructor at the Hong Kong Baptist University. She was theadjudicator of Hong Kong Students Open Music Competition. 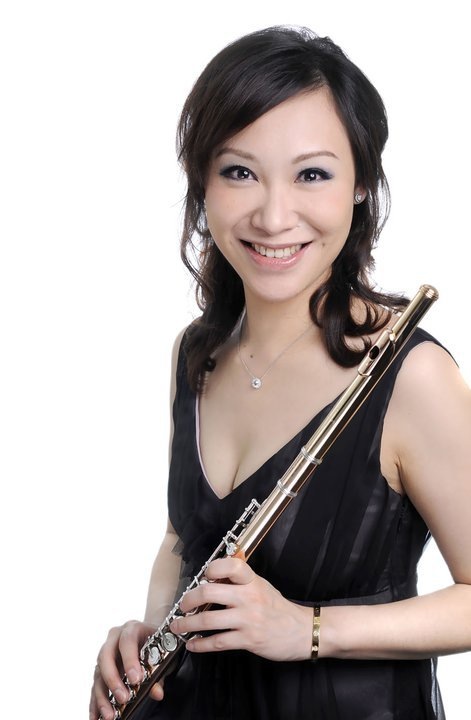 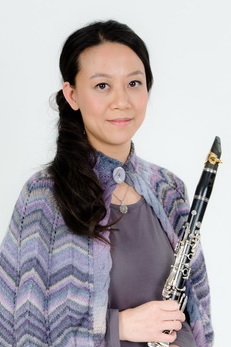 Ma Man-ki graduated from the Hong Kong Baptist University with a Bachelor of Arts degree with first class honours in trumpet and composition / music production in 2014, where he trained under Christopher Moyse, Assistant Principal Trumpet of the Hong Kong Philharmonic Orchestra, and composer Dr. Christopher Coleman. Since childhood, he has been learning many types of Chinese and Western musical instruments. He began his suona training under Law Hang-leung, suona virtuoso of the Hong Kong Chinese Orchestra in 2005. Ma has a lot of performance experience as soloist. In 2014, he made his Carnegie Hall debut, performing solo with Collegium Musicum Hong Kong.

As a composer, Ma shows a fine fusion of Chinese and Western music in his works. In 2014, he wrote a new arrangement of Dance of the Yao Tribe for chamber orchestra, which was performed at the Carnegie Hall and Musikverein, Vienna. He also wrote his first suona concerto Another Way, which has its premiere by the Orchestra in 2015. 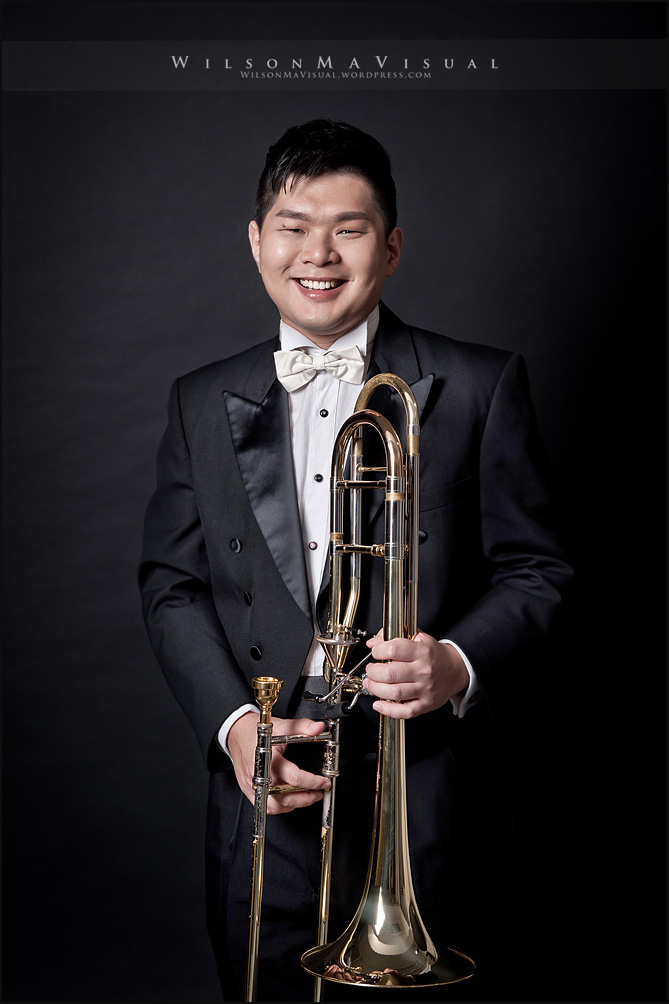 Dennis Tsui began his horn playing at the age of 13 in S.T.F.A. Seaward Woo College where he studied with Vincent To. In 2010, He started studying with Homer Lee at Hong Kong Baptist University.

Dennis was the co-principal hornist in Hong Kong Baptist University Symphony Orchestra. He was also the co-principal in Collegium Musicum Hong Kong which was invited to give performances in Europe, including Leipzig, Prague, Vienna, Salzburg and Munich in 2012.

In 2014, Dennis was selected to a hornist in Aurora Music Festival in Sweden. During the festival, he worked with Will Sanders (Horn), Sarah Chang (Violin), Konstantin Bogino (Piano) etc. for chamber Music and also orchestral Music.In 2010, Dennis was selected to perform in horn masterclasses of Jeff Nelson, a member of Canadian Brass and in 2012 a masterclass by Komsun Dilokkunanant.

Dennis became a member of Hong Kong Youth Symphony Orchestra and represented Hong Kong in Expo 2010 Shanghai China in 2010. In 2011, he joined Galaxy Wind Ensemble to go to Taiwan for the Chiayi City International Band Festival. Now, he is the principal horn of Hong Kong Chamber Wind Philharmonia which performed in Thailand for a joint band performance in the late summer of 2012. Apart from Orchestra playing, Dennis also engages in different chamber music ensemble. He is currently a member of Groove Wind Quintet. In 2015, the quintet was invited to perform in International Double reed Society Conference 2015 in Tokyo. Ko Wai Chun, Alex, 24 years old, was born in Hong Kong. He studied at The Hong Kong Academy for Performing Arts from 2008 - 2013, majoring in Bass Trombone with scholarships such as Y.S.LIU foundation Scholarships, SAR Philharmonic Scholarships etc. He Studied under Mr. Michael Priddy(former Bass Trombonist of Hong Kong Philharmonic Orchestra), Roland Szentpail(Tuba soloist) and Pieter Wyckoff( Bass trombonist of HKPO). After the study in Hong Kong, He went to Rotterdam(Netherlands) to continue study in bass trombone with Brandt Attema.

He plays in several orchestras as a freelance player since 2010, such as Hong Kong Philharmonic Orchestra, Macao Orchestra, Delft Symphony Orchestra etc. Currently tutti Percussion of City Chamber Orchestra of Hong Kong, Vong Wai Man, Raymond was born in Macau. He graduated with a Bachelor of Music (Honours) degree and Master of Music (with distinction) with scholarships from the Hong Kong Academy for Performing Arts.

Raymond serves as a faculty member of the HKAPA. He also teaches in the Macau Band Directors’ Association, St. Paul's Co-Educational College and some schools in Hong Kong. In addition, he has conducted some percussion workshops for students and teachers in Hong Kong and Macau. Raymond was one of the founding members of the Macau Percussion Association. He is currently the executive director in the association. 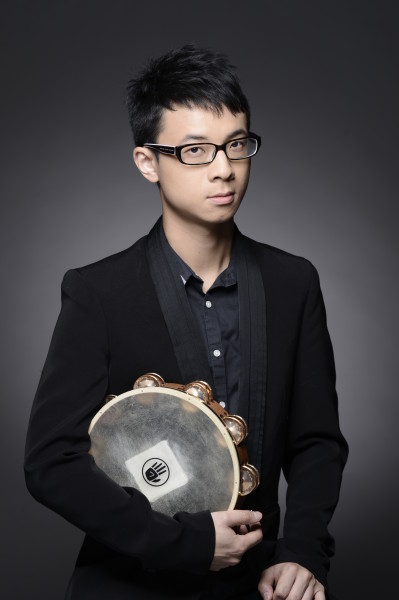 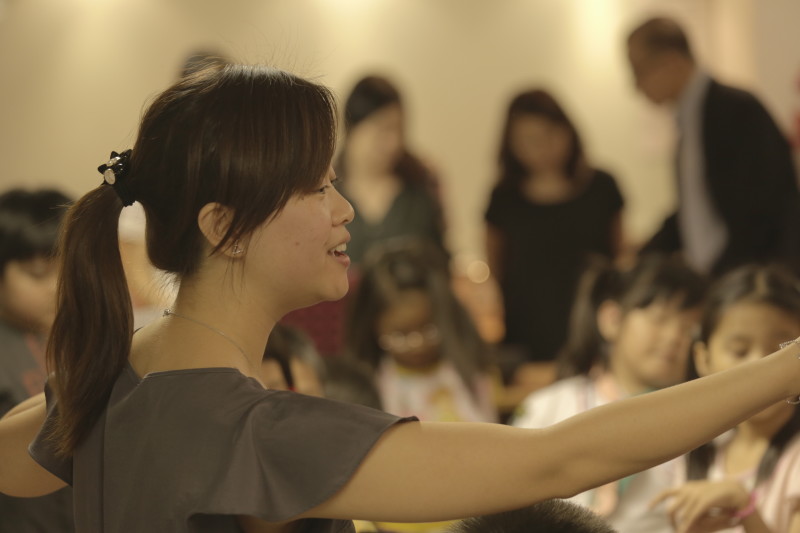